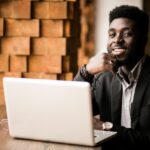 It’s not a right, It’s a privilege

I deserve it. I worked hard for it. This used to be me.

I thought because I worked longer hours than most people I know, because I put my all into everything I did, I deserved to be where I was. I would walk around with high shoulders and expect people to listen to me. This did not only affect the way I treated people, but it also shaped how I expected leaders to treat me. I would go into conflict without regard for feelings. If it was about the job, only results mattered. The team was successful. The achievements were raining in, but it was at a cost far too high. Team turnover was the highest in the organization, especially with newer people. I was wrong by many miles.

Many years ago, I ran into a conflict that would change my orientation forever. I had been in a heated conversation with the CEO then and we were approaching the point of total breakdown. My delusion that I deserved to be in that position pushed me to take a stance against him on a matter that a simple apology would have resolved. One day, a senior colleague called to ask me two questions that changed everything:

1)     Do you think you are the only one in this world that would do this job at this level?

Those two questions did not only hit me in the face but also made me start looking at my entire career from a different angle. Yes, I was delivering value, but I wasn’t there because I was the only one who could do the job, I was there because I was given a chance to be there. Don’t get me wrong, this is not to say we are dispensable as professionals, it is merely to say that our position in life imposes a sense of responsibility, and we must walk in the understanding that we are as fragile as we are strong.

You may deserve to be where you are, but it doesn’t make you the only one who is able or willing to be there. Always maintain a sense of humility and responsibility and you will be amazed how much impact this will have on you.

As always, I’d like to read your thoughts on this. Do share and let’s take this conversation further, even as we help each other grow.

My Year In Review – An Opportunity for Growth